A man looks for a cure for Malaria, but finds something else! 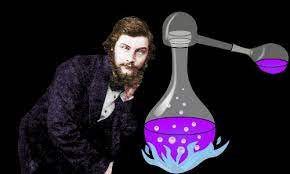 I wonder how often this happens? You start looking for something and find something totally different. It happened to William Perking who by mistake found the first synthetic organic dye. He discovered mauveine, a colour we now call Mauve.

In 1856 William Perkin started looking for a cure for malaria. He was an 18-year-old student at the Royal College of London, and there he was trying to come up with an artificial quinine as an anti-malaria drug.

He failed.    However, every time he failed, he ended up with a thick, purple sludge!

Therefore, during the Easter holiday in 1856, he did some more experiments in a small laboratory he had built at home, and it was here that by mistake he produced a substance of an intense purple colour.  Painting was a hobby of his, and he got excited about the colour.   So, he did some further experiments and found that he could make what we now call a dye.  Would you believe he was still only 18!

The point is that as well as studying chemistry he was a bit of an entrepreneur, therefore William, after realising he could produce it in volume, filed in August 1856 for a patent.  This was when his entrepreneurial gene jumped in. He decided to commercialise it as he knew that up until this time nobody had been able to make synthetic dyes in volume. If you want to learn more about the development of synthetic dyes go to https://www.nms.ac.uk/collections-research/our-research/highlights-of-previous-projects/colouring-the-nation/research/dyeing-and-printing-techniques/the-rise-of-synthetic-dyes/ 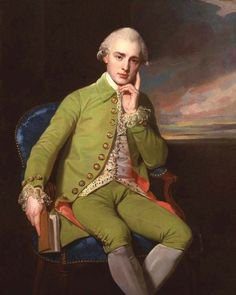 So, what did he do? He dropped out of college, but, of course, first he needed to raise the money to manufacture and then take it to market.

He persuaded his father to give him the capital, in fact, he put his entire savings into building a factory producing mauve-coloured items, then he talked his brothers into helping him.  There was a lot to do, he had to create a substance that would fix the dye onto a cloth and other materials.

It worked and soon they were making money, a lot, because their dye didn’t fade or wash out.

However, you have it to hand it to his father, who had enough confidence in his son to put up all of his money.

He was also lucky because at this time the same colour had been adopted by Queen Victoria in Britain and Empress Eugénie, wife of Napoleon III, in France, and if their majesties wore it, then every other woman would want to wear it, along with the fact that in those days skirts required lots of dyed cloth!

His dye, along with his hard work, made him rich and, of course, he then developed further dyes.  His success started a minor boom as other factories opened using other carbon compounds. Pretty quickly the world of synthetic dyes grew and there were a wide variety of different colours available.

To learn more about him visit https://en.wikipedia.org/wiki/William_Henry_Perkin.

Lee Blaszczyk, professor of business history at the University of Leeds, states, “By laying the foundation for the synthetic organic chemicals industry, Perkin helped to revolutionize the world of fashion.” 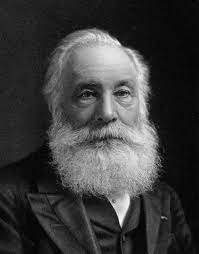 He continued his research into organic chemistry and as a result was able to develop other synthetic dyes, he also discovered ways to make coumarin, as a fragrance enhancer, and as a stabilizer of perfume, and cinnamic acid. To learn more about coumarin, which I have never heard of, go to https://www.sciencedirect.com/topics/medicine-and-dentistry/coumarin .

It used to be said that the colour of the Grand Union Canal, which was close to his works, would change from week to week depending on what they were making at Perkin’s Greenford dyeworks!

In 1869, Perkin found a method whereby, for commercial production, he could use Anthracene, a component of coal tar, in the production of the red and other dyes, but unfortunately the German chemical company BASF patented the same process one day before he did!

He was becoming a very well-known and famous man, and this led in 1879 to Queen Victoria knighting him for his contributions to science, industry, and his country.

However, over the next decade, the new German economy was growing fast, and the centre of the chemical industry was moving towards Germany.  So much so that by the 1890s Perkin decided to sell the business and retire, giving Germany a near-monopoly on the business.

William Perkin failed in trying to synthesise quinine for the treatment of malaria, but he became successful in a totally different field, that of dyes.  What a great lesson for when we fail, because like him if you keep going you will find what you are good at.

To read more blogs like this go to https://www.educationalmusicals.co.uk/history-blog-for-ks2/