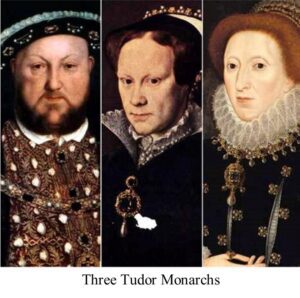 Daughter takes her mother’s side

The Acts of Supremacy

As they say it was a right mess. 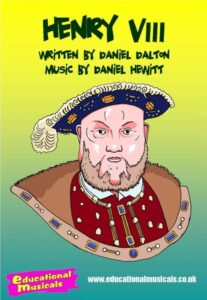 The First Act of Supremacy was passed on 3 November 1534 by Parliament. It granted King Henry VIII of England and subsequent monarchs, Royal Supremacy, declaring him the Supreme Head of the Church of England. Royal Supremacy was the authority of the civil laws over religious  laws, it was this act that started what is called “The English Reformation”.

With the Act of Supremacy Henry discarded Rome and its influences completely. It really was a true Tudor Brexit.  The King had appointed himself and his successors the supreme rulers of the English church.  Then in 1544 Parliament conferred upon Henry the title “Defender of the Faith”.  (https://www.educationalmusicals.co.uk/product/henry-viii/ ) tells the story up to this point.

The problem was that the act didn’t last. When a daughter is on her mother’s side in a divorce, and that daughter gets into a position of power, sparks fly!!!

They did when Henry VIII died, and his daughter Mary became Queen.

The Act of Supremacy is repealed in 1554

By this time the new Queen Mary had become a fanatical Catholic, intent on correcting all the religious turmoil her father had created. Especially as he had only done it so that he could leave her mother for some floosy who he dispatched for another within three years.   She intended to correct the situation and make England a Catholic Country again.  So, in 1554 she repealed the Act of Supremacy.

There was a problem, you see the people quite liked not being ruled from Rome, which meant that she couldn’t carry Parliament with her.

She tried to return confiscated property back to the church.

The Heresy Laws led to the label “Bloody Mary”

By this time Queen Mary had become a religious fanatic, then she learnt that the heresy laws were still in place.  So, she used these laws to punish anyone guilty of heresy against Catholicism. She intended to take the world back to where it was.  She was ruthless, she had the guilty ones arrested, then burnt at the stake, she had 300 protestants burnt at the stake.  This is how she got the nickname “Bloody” Mary, which she still has. 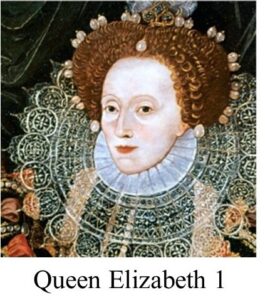 When she died, her half-sister, Elizabeth, became Queen and her first act of Parliament was the Act of Supremacy 1558, declaring her the Supreme Governor of the Church of England. She then added an Oath of Supremacy, requiring anyone taking public or church office to swear allegiance to the monarch as head of the Church and State. You guessed it, anyone refusing to take the oath could be charged with treason under the heresy laws. Yes, she used the same law as her sister, Mary!

Finally, the Church of England was secure, well so they thought.

The moral of this story has to be that there is nothing worse than a woman wronged!