How badly did we treat the native North Americans? 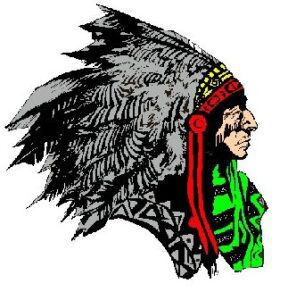 In the last ice age Asia and North America were linked by a thin strip of ice across which came nomads. The nomads were followed by animals such as the woolly mammoth and buffalo.  They were called the nomads Indians, simply because that’s what Christopher Columbus called them as thought he was in India!

The Native Americans, as we now call them, were a successful and diverse people made up of many different tribes.

Their development is interesting, as there were many diverse tribes living in the vast North American plains.  Stretching from the Mississippi river in the East to the Rocky Mountains in the West, in the north from Canada to Texas in the South. This is the area we now call the Prairies, as it is an incalculable area of grassland.

It had a climate of extremes, being incredibly hot in the summer and exceptionally cold in the winter.

Those living on the plains depended heavily on the buffalo for more than food. They used most of the animal taking their:

There was a problem, they were a huge lumbering and therefore frightening animal, who had a bad temper!  This meant that killing them was not easy. The easiest way was to get them to stampede over a cliff top. Unfortunately, on the plains there weren’t that many cliff tops, so they had to be hunted.  This meant braves had to creep up and shoot them with arrows, several arrows, very risky, as when injured the buffalo was at its most dangerous.

The effect of the horse

Spanish explorers brought horses with them in the 1600s. The native americans quickly realised how useful these “Mysterious Dogs”, as they called them, could be. They started stealing them from Spanish settlements at night, then learnt how to ride them.  They become very talented horsemen, as they used them on their buffalo hunts, this meant that very quickly they became accomplished horse riders.  In fact, over time they became the best riders the world had ever seen. While suddenly the horse made buffalo hunting much easier and, of course, safer.

It also changed their way of life.  They could now use the horse not only to hunt but to transport their possessions, their old and sick and most importantly to trade.

One of the unwanted results of their success at hunting was that they started quickly to reduce the number of buffalo on the plains.

Warfare was a way of life for them. Their conflicts could last for several years and was not usually about land. War would erupt on any excuse. For example, if hunting grounds were encroached upon or horses stolen.

To show bravery, warriors would try to touch an enemy in battle with a coup stick rather than kill, although many braves would die in warfare. Successful warriors would boast of their deeds at victory dances.

This was a great part of everyday life for them. Ceremonies, spirit communication and special dances were all there to celebrate or appease the spirit world. One of the greatest spirits was Wakan Tanka, which means “Great Mystery” or “Great Holy”. This spirit was, and is thought to be, the creator of all things, and traditionally was neither male nor female. Wakan Tanka created Mother Earth and Father Sky.

“From Wakan Tanka there came a great unifying life force that flowed in and through all things – the flowers of the plains, blowing winds, rocks, trees, birds, animals – and was the same force

that had been breathed into the first man”.

The coming of the White Man

By the 1880s the European invasion of the new world had all but destroyed the native population. Basically, the government, the settlers and Christian missionaries did not understand their way of life and felt they had a natural superiority and a “divine right” to conquer and stamp out their traditional culture. Their burial grounds were desecrated and ceremonies such as “The Sun Dance” were made illegal.

Then the buffalo populations quickly sank as the invading settlers started over-hunting them.  Suddenly their way of life was being crushed, then the discovery of gold drew even more and more settlers into their traditional lands.

The old way of life had gone, the white man divided up the tribes and put them on reservations. Agents were appointed to manage these reservations and control food supplies. This included ration cards.

The Effects of the Damage

The white man decided that they needed to be civilised:

As you can imagine, they weren’t happy. The “Ghost Dance” movement swept the plains. The movement called for Wakan Tanka (The creator of things) to drive out the whites and restore the traditional way of life. Then in 1875, after gold was discovered in South Dakota’s Black Hills, the U.S. Army ignored previous treaty agreements and invaded the region.

From the Sioux and Cheyenne tribes this was the final limit. They left their reservations and joined two tribal chiefs, Sitting Bull and Crazy Horse. By spring 1876, more than 10,000 native Americans had gathered along the Little Bighorn River, which they called the Greasy Grass.  This was in defiance of a U.S. order to return to their reservations or risk being attacked

A camp was surrounded, near Pine Ridge, by members of the 7th Cavalry. The troopers ordered them to surrender. However, as the guns were stacked, one went off. This had the effect of the trigger happy soldiers opening fire, killing 300 women and children.

So became the end of the Native American nation.