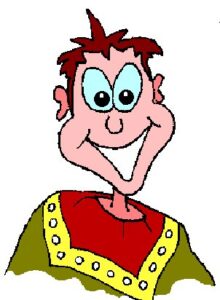 I am sure you thought that “Jack and the Beanstalk” was an English fairy tale?

You see, if we are to believe the researchers at Durham University they think it originated more than five thousand years ago!   Yes, five thousand years ago, when the Eastern and Western Indo-European languages split into Eastern and Western Indo-European languages. I know this sounds a bit too academic but to learn more go to https://news.sky.com/story/jack-and-the-beanstalk-could-be-5-000-years-old-10144095

I’m still not convinced you see my problem is that I just have to think of it as an English fairy tale.

Our tale was initially known as “The Story of Jack Spriggins and the Enchanted Bean”.  Now, that was in 1734, then the story appeared again in 1807 as “The History of Jack and the Bean-Stalk” written by Benjamin Tabart.  However, in 1845 Henry Cole, used the pseudonym of Felix Summerly to retell it.  Even after all this, the story wasn’t forgotten or even slightly changed as it appeared again in English Fairy Tales in 1890.

As I said, I believe it is a very old English Fairy Tale!

The story in the end!

It appears that we ended up with this story which has been told in many pantomimes.

Jack, a poor country boy, trades the family cow for a handful of magic beans, which grow into an enormous beanstalk reaching up into the clouds. Jack climbs the beanstalk and finds himself in the castle of an unfriendly giant. The giant senses Jack’s presence and cries,

Fee-fi-fo-fum!
I smell the blood of an Englishman.
Be he alive, or be he dead,
I’ll grind his bones to make my bread.

Jack outwits the giant and is then able to search the castle and retrieve many of the goods stolen from his family.  These include a bag of gold, an enchanted goose that lays golden eggs and a magic golden harp that plays and sings by itself. Jack then escapes by chopping down the beanstalk. The giant, who is pursuing him, falls to his death, and Jack and his family prosper.

A happy ending to the story and they all lived happily ever after. 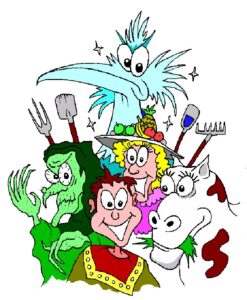 At Educational Musicals we decided that it was a perfect Pantomime to join our Potty Pantos series, so for us:

So, it is a bit different, which is why we call it a Potty Panto, even though we still have Jack’s mum as a pantomime dame.  Along with the usual audience participation with plenty of “Oh No he isn’t” and “Oh Yes he is” repartee. 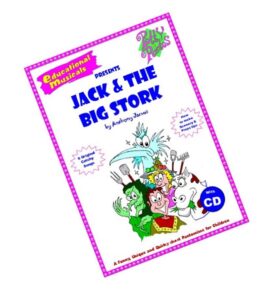 The real point about every pantomime is that there has to be a moral.

In Jack and the Big Stork  https://www.educationalmusicals.co.uk/product/jack-the-big-stork/ there is a very important moral and one that all children should learn.

The lesson we want to put over in this Potty Panto is that everybody has a skill.  We need to learn that no matter what skills others lack, we need to find what they are good at. It is important that before we judge anyone, we look for their special skill.

Our aim is that while enjoying our Panto they will remember the moral.

Let your children have a Potty Panto this year!