I know, we all thought it was a traditional British seaside entertainment, it isn’t.

How did Punch and Judy come to England?

It appears that it all happened because of the Restoration of the Monarchy when Charles II became king and the country had been fun starved after years of Puritanism under Oliver Cromwell.

The Italians bought over a Neapolitan character called Pulcinella, who went down well with British audiences. Unfortunately, the name wasn’t very British.

So, we had to change his name to something simple that people remembered and therefore it was corrupted to Punch, and the name stuck.    He then became a glove puppet, which increased his popularity.  More importantly as a puppet he could be totally outrageous and as he was a puppet, he could get away with it.  It could be said that he was the first form of political satire. They found a puppet could get away with anything, especially when making his wife, Judy, the butt of his jokes. Imagine trying that today!

The First Punch and Judy Show 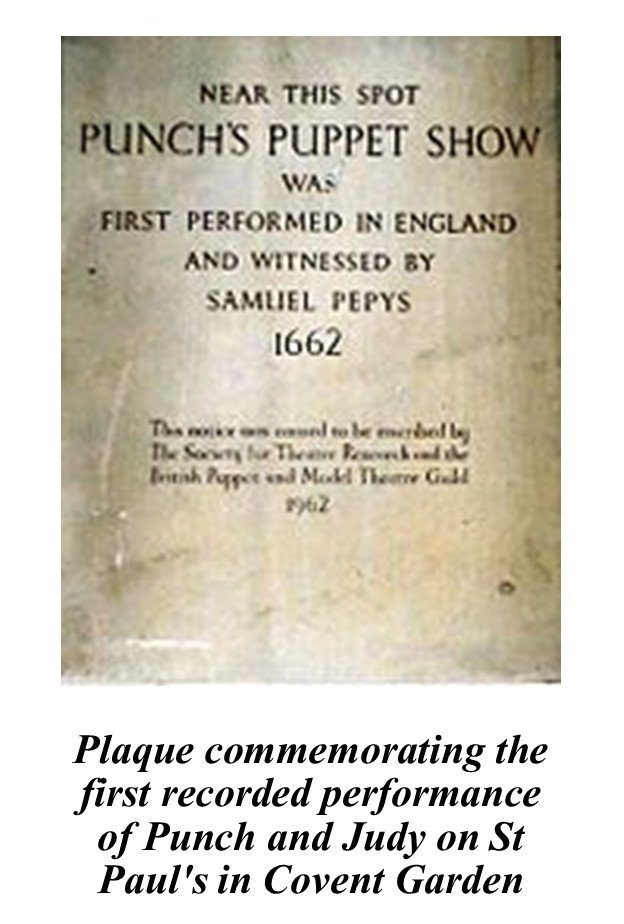 Mr. Punch first made his first appearance in England on 9 May 1662. There is now a plaque telling us this on St Paul’s in Covent Garden.   For this reason, it is this date that is traditionally used as Mr Punch’s UK birthday.

Punch and Judy started and thrived from 1660 as King Charles II, the restored king allowed, in fact encouraged, art and theatre to blossom.  This was such a contrast to Oliver Cromwell who had strictly adhered to his Puritanical belief that theatre was immoral and banned it.

Samuel Pepys, in his diaries, tells us how popular it was. He watched an early version of Mr Punch in Covent Garden in London. He described it as an Italian puppet play that was performed by Italian puppet showman, Pietro Gimonde.

Punch and Judy in the 19th Century

By the time we got to the 19th Century it had become a show that was performed by a single puppeteer inside the booth.  In Victorian times they started calling him the “professor” then the “punchman”.

There was a problem with the puppeteer inside the booth, he needed someone outside to organise the audience, introduce the performance, and collect the money. This led to:

The bottler in Punch and Judy

He was the person who collected the money with a leather bottle shaped bag that had a narrow opening and a bulbous bottom. This meant that, it was easy to drop money in, but you had to turn it upside down and shake vigorously to get money out. There were two benefits of this, punters could not take money out while pretending they were paying. More importantly the bottler could not slip a few coins in his pocket as the showman inside the booth would hear him shaking the bottle.  Hence, he got the name of the bottler.

Most “punchman” work solo, since the need for a bottler became less important when street performing with the show gave way to paid engagements at private parties or public events. In modern shows the audience is encouraged to participate, calling out to the characters on the stage to warn them of danger or clue them in to what is going on behind their backs.

Isn’t the History of Punch and Judy fun?