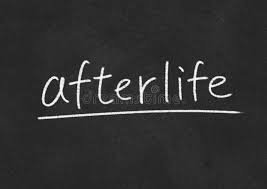 Do you find this weird? The Ancient Egyptians believed in life after death, and their belief was that parts of them went to the Afterlife, in fact those parts that went into the Afterlife were:

For this reason, the Ancient Egyptians used spells to protect themselves from the terrible dangers that the Afterlife could throw up for them. They believed, for example, that your Kay, your soul, would return to your body in the Afterlife. Isn’t that just a tiny bit strange, or is it just me? Click here to learn more at https://www.historymuseum.ca/cmc/exhibitions/civil/egypt/egcr04e.html

This is the reason why the Ancient Egyptians created “mummification” with the aim being to protect the body against decomposition. In fact, it was only by examining the mummified remains of the pharaohs that the archaeologists have been able to learn so much about the Egyptian world and its beliefs.

You see it involved removing important organs, these organs were then embalmed, so the deceased could be preserved as a whole.

It was a complicated process that went like this:

It was all a bit frightening, but on the assumption that you had got through this, which the Egyptians assumed you would, points they needed:

The mummy was now placed in a beautiful and fantastic sarcophagus. A richly decorated coffin covered with designs and spells to protect the occupant from the perils of the Afterlife, which was finished with an idealised representation of the deceased’s face.  https://www.si.edu/spotlight/ancient-egypt/mummies#:~:text=The%20methods%20of%20embalming%2C%20or,that%20would%20not%20easily%20decay.&text=Mummification%20was%20practiced%20throughout%20most%20of%20early%20Egyptian%20history.

That is how the Ancient Egyptians dealt with death!

At Educational Musicals we have written a musical about the Boy King, Tutankhamun, and his journey to the afterlife.  For just £29.99 you can download it today with everything you need for your children to perform it, including no performance fees.  Go to https://www.educationalmusicals.co.uk/product/the-boy-king/