The British Tommy’s cup of tea!

This is a silly question, but where do you get a cup of tea when you are fighting a war?

Basically, tea was so important to our way of life that it was ordained that every British soldier deserves his cup of tea, this is a tradition going back as far as the Napoleonic wars.  To us, British, it is a sign of unity while at the same time it serves a particularly important purpose, it ensures that our troops stay hydrated. 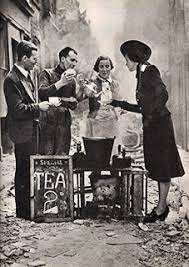 To understand how important tea is to us, and that it was an important factor in keeping our moral high during World War II, you only have to look at the actions of the British Government.  Without worrying about the cost, from 1942 until the end of the war, the British Government bought all the available tea from every country in the world except Japan. Basically, even they knew the importance of tea, it wasn’t just for the moral of the troops but for the moral of the whole country, they had to do something. It was said that during the blitz after the bombs had destroyed the houses you wouldn’t have to wait long before you would see a tea trolley, it would appear, and people would start giving out tea.  You need to learn more about this it’s a fascinating story, so click on https://blog.teabox.com/year-britain-bought-tea-world, also https://www.bostonteapartyship.com/tea-blog/keep-calm-carry-on

Of course, the problem when you are fighting a war and the bullets are flying, is where do 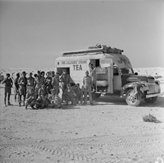 you stop for a cup of tea?  Therefore, behind the British front line you would always find a tea trolley dispensing tea to our soldiers.

However, if you were in a tank, which got incredibly hot while you were firing shells, that cup of tea became essential. What would normally happen was that the crews would arrange a joint rendezvous point with other tanks. There they could have break from the war, a cup of tea and more importantly, get out of the tank.

The British general Bernard Montgomery had ordered the 22nd Armoured Brigade to break through the faltering German line and race to the city of Caen.  On the morning of June 13, the British had covered four miles without even glimpsing the enemy, therefore at 8:30 am, they stopped for their morning tea and a spot of maintenance in the crossroads town of Villers-Bocage, 18 miles from Caen.  The British officers held an impromptu briefing in a nearby house while the tank crews began brewing tea.  But, unknown to them just 200 meters away, there was, unnoticed, a German Tiger tank, watching!

The German tank’s commander was Michael Wittman, a highly decorated veteran, and despite being exhausted, he immediately recognized an opportunity.  Therefore, at 9:05 am he started going down the road destroying British tanks. 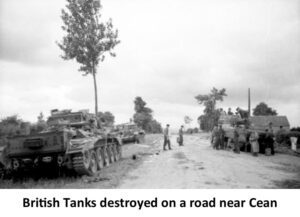 The British were caught with their pants down, some quite literally. They panicked into action, so much so that in one tank crew that had finally positioned itself perfectly to take out Wittman’s tank, found that in their rush they had left their gunner behind!

This wasn’t the first time this had happened, but it was the most damaging and brought forward the problems created by crews having to come out of their tanks for a break.

I would not have liked to be the aide-de-comp who had to tell the General Bernard Montgomery why they had just lost more tanks!

He didn’t get into trouble, however, as the High Command understood the importance of tea for our soldiers, as already throughout the war they had arranged for tea trucks to follow up behind every front line. Therefore, all was not lost, however, the Generals realised they had to find a solution, which they did, and made the British tank crews the envy of all the other nations tank crews. Learn at https://www.warhistoryonline.com/world-war-ii/tiger-tanks-tea-the-british-cup.html

They came up with a very simple solution, they modified the tanks by fitting a boiler inside it, which was powered by the tank itself. Now for the first-time tank crews could make their cup of tea whenever they needed it.

And once we had our tea, we went on and won the war!

Eddie from the pop group Lock Stack and two smoking barrels said, I don’t know when, but he is right:

“The entire British empire was built on cups of tea, and
if you think I’m going to war without one, mate, you’re mistaken.”