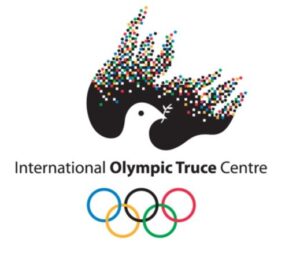 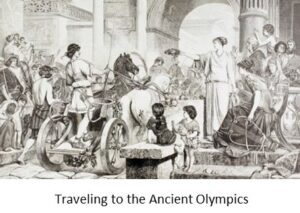 If you think about it, it was, in fact, a very practical idea. In the ancient world cities and states were frequently at war with one another, therefore if you were going to arrange a festival of athletes from across the known world, they needed to find a way that the competitors and their supporters could reach the games held at Olympia, unhindered. Now, at that time the Ancient Greek world stretched all around the edges of the Mediterranean, with countries such as Egypt, Italy, Cyprus, Spain, Western Turkey and the Balkans, and then there were the states to the north of Greece such as modern Romania and Bulgaria.  It was a vast area for people to travel in those days, in fact, even today without air travel it would take a long time.

The interesting bit is that human beings have never changed, and, in that way, the ancient world wasn’t very different from today, and, of course, this meant that there was always a myriad of disputes between the different countries, which leads us to the question why did it work? 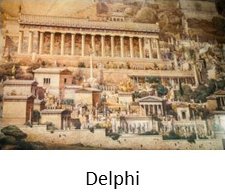 Well, it worked because in the ancient world there was one big difference to today, they believed in their gods, and were terrified as to what would happen if they didn’t obey them.  The most important one of all was the high priestess of the Temple of Apollo at Delphi known as Pythia.  Pythia was actually a woman and was known as the Oracle of Delphi.

It is thought that the Pythia was established in the 8th century BC, and it was understood that her prophecies came directly from the god Apollo. She reached her height during the 7th century BC and her powers continued way into 4th century AD.  Basically, during all this time the Oracle of Delphi was the most respected, significant, imposing and authoritative oracle among the Greeks, fundamentally she was the most powerful women of the classical world. Yes, the Ancient World bowed down to a woman! To learn more about the Oracle click on https://www.historyanswers.co.uk/ancient/oracle-of-delphi/.

The result was that as the Oracle dictated that there should be peace, that is exactly what happened every four years, there was a peace.  Isn’t that amazing.  In fact, the United Nations tells us that this was the longest lasting peace accord ever in history.

What is interesting is that it wasn’t just for the period of the games but, as travel took so long in these days, the truce was also for the seven days before and seven days afterwards, which was, of course, to allow everyone to get home safely. Weren’t they practical? 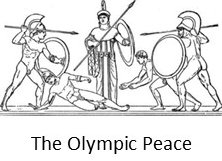 The obvious question is, why doesn’t it happen now? Well, they tried it, but unfortunately in our modern world we don’t bow down to the Oracle.  Even so, we have tried and in July 2000, the International Olympic Truce Foundation (IOTF) was created with a view to promoting peace through sport and the Olympic ideal.  This led to the United Nations General Assembly, which is made up of 193 nations states, to incorporate the “Olympic Truce” into the United Nations Millennium Declaration, but did it work?

Nelson Mandela was the main driver of this, with the result that on 19th June 2002 he launched a “Statement of World Personalities, in their Individual Capacities, in Support for the Olympic Truce”. It was a non-binding symbolic appeal applying to all future Games, regardless of where or when they are held. Then it was officially announced during the flame-lighting ceremony for the XIX Salt Lake City Olympic Winter Games, on November 19, 2001, in Olympia. https://olympics.com/ioc/news/the-history-of-the-olympic-truce

Unfortunately, today wars still happen even during the Olympics!

We have a show The Ancient Olympics so children can learn the history of the Olympics, including this, at https://www.educationalmusicals.co.uk/product/the-ancient-olympics/