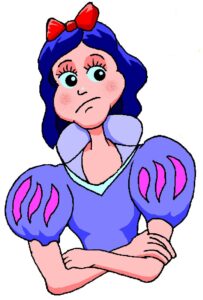 We all know the fairy tale Snow White, one that has been made into a pantomime. Snow White and the Seven Dwarfs is one of the most famous fai ry tales in the world

As with all pantomimes, it is a story of good triumphing over evil.

It has it all:

Educational Musicals have created it as a Potty Panto

Naturally, in our Potty Panto, Snow White is of course beautiful and intelligent, and for that reason her jealous stepmother arranges to have her executed. This is where it changes.  The executioner is a really nice guy, he just can’t kill her, he can’t do it so leaves her all alone in the spooky forest. 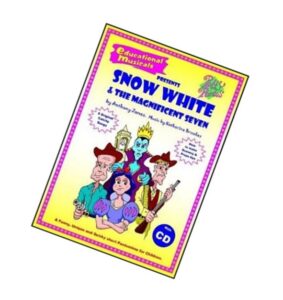 Now it becomes potty, our lost Snow White stumbles on a rundown log cabin with some unusual American cowboys. They are there because Snow White’s stepmother can’t stand Americans! So, she had the executioner take them out and behead them. Remember the executioner is really a nice guy so he took them deep into the forest and left them!

Meanwhile, once the wicked stepmother learns Snow White is still alive, she hatches a plan to get rid of her once and for all.  Of course, after having the executioner executed!

As with all Educational Musicals shows (https://www.educationalmusicals.co.uk/ ) we have purposely created it to be performed by children.   Therefore, in the script no one has more than six lines in a row to learn unless they are narrating then it is scripted that they read the lines.

But where did it come from? 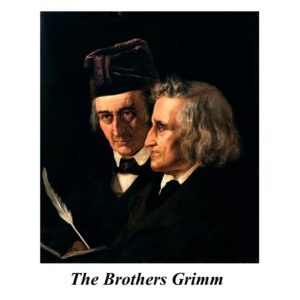 The Grimm Brothers first told us the story in 1812. It first saw the light of day when they published Grimms’ Fairy Tales, which was originally called The Children’s and Household Tales.  Many experts felt that all they had done was to gather together a series of old European folk stories. That may have been so, but weren’t they good stories?

So, was Snow White an original tale or was it a tale that had been passed down by word of mouth?  It is said that Snow White and the Seven Dwarfs was a story that had even been around since the Middle Ages.

Was there a real Snow White?

Well, some people think so.

In 1994, a German historian, Eckhard Sander, published Snow White: Is It a Fairy Tale?  He claimed that he had uncovered the story that may have inspired the Grimm brothers. He felt that the character of Snow White was based on the life of Margarete von Waldeck, a German countess born in 1533 because:

Another theory comes from Lohr in Bavaria.  They felt that Snow White is based on Maria Sophia von Erthal, born on June 15, 1729 in Lohr am Main, Bavaria.

Both these stories show that we may never know where it originally came from.  However, these various stories of Snow White all ended up as a story from the Grimm Brothers, one that has given us immense pleasure.

Does it really matter whether it has any historical basis, it is a famous fairy tale, and isn’t that great?

Panto is fun, so let’s all enjoy Christmas!