There were Fax Machines before there were telephones! 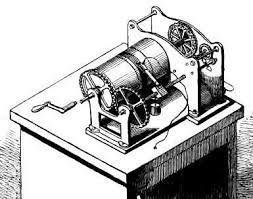 Did you know that there were Fax Machines before there were telephones?

This is a fascinating story that starts with Alexander Bain, who invented the Electric Clock, but unfortunately, he had no money. Another inventor who hadn’t made money from his inventions!

Desperate for money, the editor of the Mechanics Magazine arranged for him to meet Charles Wheatstone and show him his inventions.  Alexander then learnt what a dog-eat-dog world it is.

As you can guess, Wheatstone po poo-ed his ideas, then 3 months later he arrived at the Royal Society with his latest invention, an electric clock!

Fortunately, Bain had already applied for a patent, which, naturally, Wheatstone tried to block without luck.  He then made a big mistake. He tried to set up The Electric Telegraph Company through an Act of Parliament, but before it could go ahead the House of Lords demanded Alexander Bain come before them.  This led to Wheatcroft having to resign and the company having to pay Bain £10,000, over £300,000 in today’s money, and employ him!

He then had the funds to come up with many inventions, but I believe that most interesting one is the Fax Machine. He patented his design on 27 May 1843, which claimed that “a copy of any other surface composed of conducting and non-conducting materials can be taken by these means”.

This led Frederick Bakewell, an English physicist, to improve on Alexander Bain’s concept and in 1848 he patented for his superior “image telegraph”, which he demonstrated at the 1851 World’s Fair in London.

However, both inventions unfortunately produced poor images, and were therefore not practical, but they did come up with the concept, this led an Italian, Giovanni Caselli in 1861 to finally produce a practical telefax machine, he called “the Pantelegraph”.

Now, here is the amazing bit, it actually went into service between Paris and Lyon 11 years before there was a serviceable telephone!