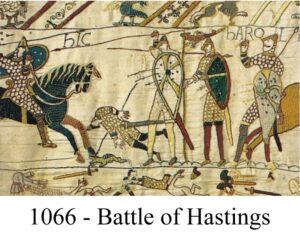 The Dutch invasion of England 1667

“And, the truth is, I do fear so much that the whole kingdom is undone”

Samuel Pepys wrote this in his diary on 12th June 1667, a stark reminder of the Dutch raid on an unsuspecting Royal Navy at Chatham. This is now called The Raid on Medway; it was embarrassing for England and especially the Navy. 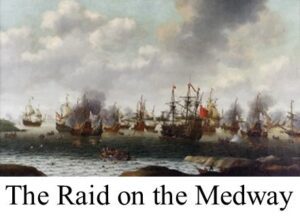 What made it even worse was that Dutch Forces actually landed in England.  You see, Admiral Van Ghent had dashed up the River Medway and took the island of Sheppey and its fort at Queenborough.  Then under General Dolman another 800 marines landed and helped themselves to all sorts of supplies like masts, cables, rigging, ammunition, and even fifteen 18‑pounders. It is estimated that they even took the equivalent of four tons of gold. Unfortunately for the Dutch, and fortunately for the English, a major storm had started in the Thames Estuary.

Therefore, due to a storm, Admiral De Ruyter reluctantly decided to withdraw as he didn’t want the storm to cut his troops off from their support.  England was saved, again by the weather!

The Glorious Revolution of 1688

The Dutch successfully invaded, in what has become one of the fibs of history, as it wasn’t  called an invasion but “The Glorious Revolution”.

In England Protestant Parliamentarians were worried that King James II, a Catholic, was promoting Catholics to positions of power.  That is what the civil war thirty years before was all about.  Parliament did not want to go through all that again, especially as last time they had won!  More importantly Parliament’s feelings were mirrored by the people, so a solution had to be found.

Across the North Sea, in Holland, Prince William of Orange had married Mary, the daughter of James II, and, most importantly, both were Protestant.  William was the Stadholder of Holland, to which he had been appointed by both the Provincial Estates and the States-General, basically the Dutch Parliaments.  Therefore, he understood what the English Parliament wanted. It actually meant that as King of England he had greater leeway in England than he had in Holland.  To this must be added that ever since he became Stadholder on his 18th birthday, back in 1672, he had continuously been fighting the French.  The French were now his mortal enemy, therefore an alliance with England would give him the military strength he needed.

It therefore looked like a win, win for both sides, they just had to achieve it.

The invasion of England, again! 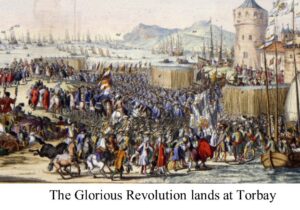 William’s marriage to Mary, King James’s daughter, gave them a legitimate link and seven parliamentarians used this link to invite William and Mary to England.  William had no idea of the reception he would get so he put together an enormous armada of 463 ships.  He then sailed this vast armada all along the Channel to Torbay, so it could be seen by people in the south of England.  When he finally reached Torbay on 5th November 1688, he landed over 14,000 men and started his march across the country to London.

This was the risky bit, especially as King James had sent an army of 30,000 men to stop him. However, as William reached each town he was welcomed by supportive crowds. This effected the army James had sent to stop him, as, unfortunately, over 26,000 of them deserted! James got the message, disbanded his army and left the country for France, leaving the throne to his daughter and her husband, William.

Yes, it was a real invasion, happily nobody died, however, we must accept that in truth the Dutch did successfully invade England.

Of course, we are English and don’t want to be reminded that we were invaded so we called it “The Glorious Revolution”.

The Battle of Fishguard in February 1797, the French invasion.

Yes, they really did try to invade us.  They made the mistake of trying to land in Wales and then march through the country to London.

1797 was just after the French Revolution and the revolutionaries in France were convinced that the English people were being held down like them. They were sure that once the people saw French revolutionaries marching across their country the people would rise up and join them. 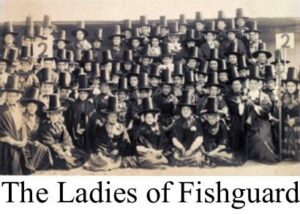 They made a few more.

The Wales-bound invasion force consisted of 1,400 troops, 600 were French regular soldiers and 800 were irregulars, including republicans, deserters, convicts and Royalist prisoners.  They landed under the cover of darkness at Carreg Wastad Point, three miles northwest of Fishguard. As soon as they landed, discipline broke down and they started to loot nearby settlements. It was fatal, they found a stash of alcohol!

Then a local lady, Jemima Nicholas, decided to trick them.  Knowing there weren’t many soldiers in the area, she persuaded local women to dress in cloaks and high black steeple-crowned hats, so they looked like soldiers. Then she got the army commander to marshal them into some kind of a military formation and march up and down a hill till dusk.  The result, the French commander thought he was outnumbered and surrendered!  They say that she also captured twelve French soldiers herself, then locked them inside St. Mary’s church.

This was the last ever landing on British soil by an invading force, which is why it is still called the “last invasion of mainland Britain”.

So, since 1066 we have actually been invaded, there have been revolutions, some glorious but never successful.