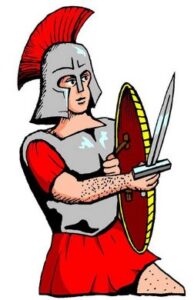 We know him as the Greek who slayed the Minotaur of the Cretan king Minos.  What did he do before that?

His birth is interesting. It is said that he was the son of Aegeus, King of Athens.

Aegeus had a problem, just like Henry VIII, he needed a son, he knew several women but none of them bore him a son.  Remember this is Greek Mythology, which meant that he went and asked the Oracle of Delphi, what he had to do to get a son.

The oracle’s response was quite cryptic, and he couldn’t make it out.  So, on his way home he visited the wise king, Pittheus of Troezen asked him to explain what the oracle had told him.

The wise king understood and got Aegeus drunk, then the King Pitteus’s daughter Princess Aethra decided to spend the night with him.

This is Greek Mythology.

I say this because Mythology tells us that during the night the goddess Athena came to Aethra in a dream. She was told to go to the beach and make an offering to the gods.  She went and there low and behold Poseidon, the god of the seas appeared from the sea, then it appeared she became pregnant!

Now when King Aegeus realised she was pregnant he told her that no one was to be told about the pregnancy.  However, when her son became of age, he should come to Athens and assume his rightful place as the Prince of Attica.  He knew it was a son, because, again, this is Greek Mythology!   King Aegeus realised that he would need to know when he arrived.  Therefore, the King placed a sword beneath a huge boulder.  He then instructed that the son be called, Theseus.   King Aegeus then left instructions that when Theseus was old enough to lift the boulder, he should pick it up and bring the sword to him in Athens.

The boy was born, was named Theseus, when he came of age, he lifted the boulder, collected the sword and left for Athens, on foot!

His Journey to Athens

I said this is Greek Mythology, so the journey wasn’t easy.

Along the way he met many obstacles:

But, none of them stopped him.

His arrival in Athens.

King Aegeus, who was now getting on a bit, had been told by his sorceress, Medea, that Theseus was coming.

However, when he arrived Medina told the King that a stranger intent on the destruction of the Kingdom had arrived.

Medina then hatched a plot with the King to poison Theseus when he arrived.

So, when he was shown into the King’s presence, the King offered him a cup of poisoned wine.

Theseus raised the cup to toast the King, this exposed the sword the King was waiting for.

He immediately jumped forward, knocked the wine out of Theseus’s hand and embraced him.https://www.worldhistory.org/Theseus/

This is where we get to our musical.

Once in the Palace, he learnt the fate of seven Athenian youths and seven maidens, who were drawn by lots every seven years.  He was shocked to learn that they were being sent to be eaten by the Minotaur under King Minos’s castle.

This horrified him so much he decided to stop this and go with the children and kill the Minotaur.

This is the story we tell in our musical Theseus and the Minotaur.

A 50 minute musical, with 12 songs that children can’t help singing, and everyone will enjoy.  You can download it from Educational Musicals.co.uk.