Would you date Khutulun, a descendant of Genghis Khan

Khutulun, a descendent of Genghis Khan, was a Mongol noblewoman, a wrestler, a feared warrior, and the most famous daughter of Kaidu, a cousin of Kublai Khan.  Therefore, she was also the great-great-granddaughter of Genghis Khan. Her physical strength and skill in archery, horseback riding, and warfare made her the ideal right-hand companion for her father in battle. She would ride by his side, taking captives on horseback.

This lady was someone special, with a frightening rule, she refused to marry a suitor unless he could beat her in a wrestling match, while, at the same time, that suitor had to wager some of his horses. Of course, nobody defeated her, so would you like to try?

She was born around 1260 and by 1280, her father, Kaidu, had become the most powerful ruler of Central Asia, as a result of The Kaidu–Kublai war, one between her father, as the leader of the House of Ögedei, the de facto khan of the Chagatai Khanate in Central Asia, and Kublai Khan, the founder of the Yuan dynasty in China.  It wasn’t a short war as it lasted for several decades

between 1268 to 1301.  However, in the end her father’s kingdom stretched from western Mongolia all the way to the edges of India, the grey area in the attached map. To learn more, go to https://en.wikipedia.org/wiki/Kaidu%E2%80%93Kublai_war

Our lady, Khutulun, was always there assisting him in his many battles. In fact, of all his children, she was his favourite, the one from whom he sought advice and got political support. It is said that he even named her as his successor.

When the explorer, Marco Polo, met her he described her as the one warrior who could ride into the enemy ranks and snatch a captive as easily as a hawk snatches a chicken.  She sounds frightening to me, can you see what I mean by my question, would you risk dating her?

Khutulun was also a very canny lady who through her success in beating her would-be suitors, built up a herd of nearly ten thousand horses. I just keep thinking why did they keep trying?

It appears that she did in the end marry, though there appears to be no records as to how this happened, some reports say he was a handsome man who failed to assassinate her father and was taken prisoner, others say he was her father’s companion from the Chorus clan. However, Rashid al-Din, who was the Grand Vizier under the Mongol ruler of Persia, wrote that Khutulun fell in love with Grand Vizier himself. We just don’t know who is right.  I’m sure that whoever he was he had to be the bravest. To learn more please go to https://allthatsinteresting.com/khutulun#:~:text=Khutulun%2C%20the%20only%20daughter%20of,Khutulun%20was%20his%20favorite%20child. 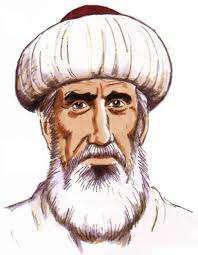 Actually, Rashid al-din is a very interesting character, he came from a Jewish family and then converted to Islam. He became a physician and joined the court of the Mongol ruler of Persia, who ruled a large area of Asia from 1256 to 1335.  Then in 1298 he became Vizier, which was like a Prime Minister, to the ruler, Maḥmūd Ghāzān and then continued to serve under his successor Öljeitü.  If you want to learn more about him go to https://www.britannica.com/biography/Rashid-al-Din .

When her father, Kaidu, died Khutulun didn’t succeed him as he had wished, because her brothers successfully thwarted her on the grounds that she was a woman!

Unfortunately, she didn’t last much longer and within five years of her father’s death she was dead.  We don’t really know the circumstances but only that at forty-six she was gone.

The interesting fact about this is that very soon after her death the whole Mongol Empire started to crumble. This obviously begs the question was  she one of the reasons it had held together?

Anyway, now Khutulun is considered as one of the great nomadic warrior princesses.

To read more blogs like this go to https://www.educationalmusicals.co.uk/history-blog-for-ks2/